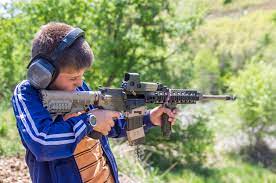 Part II in a Series.

Of course, every real trial has evidence upon which to build a case.  And here, there is no shortage of evidence to accumulate. There is no opinion that is not backed up with studies and facts. The biggest is the carnage — annual killings by guns; and its comparison with other countries. The nature of guns, the control of guns, and the evidence of increased mass shootings.  Around such evidence — which in any trial is contested — the public (jury) must decide.  And which evidence has more meaning to more people often is determinative of the result.

Of course, the emotional aspect of the evidence is the enormous loss of life, the right to bear arms, and the need for safety. The Sandy Hook School incident has moved this to a new level but after the emotion subsides due to the nature of the length of the battle, the evidence will still be presented, what follows is a scrapbook of evidence, charts, and statistics that have been promoted in the weeks following the shooting in Connecticut…

FACT: America is an unusually violent country. But we’re not as violent as we used to be.

FACT: 15 of the 25 worst mass shootings in the last 50 years took place in the United States.

FACT: Lots of guns don’t necessarily mean lots of shootings, as you can see in Israel and Switzerland.*

FACT: Of the 11 deadliest shootings in the US, five have happened from 2007 onward.

FACT: The South is the most violent region in the United States.

FACT: Gun ownership in the United States is declining overall.

FACT: But particular policies to control guns often are.

The charts and graphs will continue to persuade. They will be derided by advocates whose purpose they do not serve. And in the end, they will focus the argument not on the gun but on the mental state of its owner.

Witness Power: Every Trial Needs It

Technology Is often a Tool That you should Used To further...