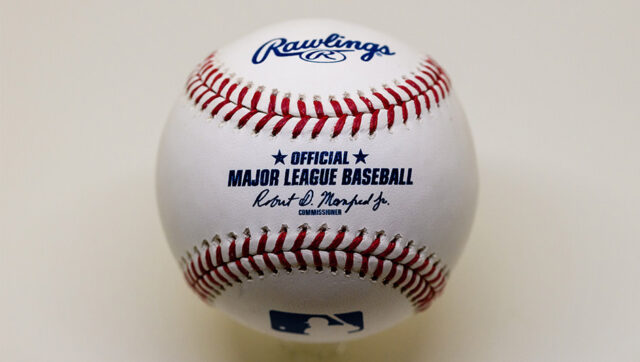 Today’s slate of games features a bounty of start-studded pitchers, and I’ve found two guys that you can build a lineup around who enter today as undervalued options. Justin Verlander and Hyun-Jin Ryu will bring in a plethora of points, but they will limit what you can do with the remainder of the team. The guys I found will give you plenty of options for the rest of your team.

SP Marcus Stroman – TOR @ DET – $9,000: Marcus Stroman is a steal at $9,000 as he is set to have a big day. There will be several scouts from playoff teams in attendance to watch the Stroman pitch. Stroman will be at his best hoping he will impress a team in search of playing in October. The Tigers are also the second-worst team in baseball with their 29-63 record as well as their -179 run differential. Stroman does have low strikeout numbers, but this should still be an excellent game for him.

C Robinson Chirinos – TEX @ HOU – $3,100: I’ve said it before and I’ll say it again. I hate spending my salary on my catcher, so I always look for a value option. Chirinos only costs $3,100, and he is batting 6th in the lineup. Guys at this price point are typically in the 8 or 9 spots, so this is a great value. Chirinos has a tough matchup against Mike Minor, but he does have the righty vs lefty advantage as well 6.9 FPPG.

1B Justin Smoak – TOR @ DET – $3,700: One of my lineups picks today is to stack the Toronto Blue Jays. They are a fairly cheap team to stack and they are facing off against Jordan Zimmerman and his 7.01 ERA. Zimmerman is having a dreadful season with a 11.79 H/9 as well as allowing an opponent’s batting average of .317. Justin Smoak is also having a terrible season, but he is cheap, has a favorable matchup, and will not have a high owned percentage, so you will hit big if Smoak has a good day.

2B Eric Sogard – TOR @ DET – $4,300: This is another Blue Jay and this Blue Jay has been having a great season. Sogard is hitting .307 against righties this season and should get on base a few times in this game. He is also batting leadoff, which will give him several at-bats.

3B Jose Ramirez – KC @CLE – $4,500: Another game I like today is the Indians vs the Royals. They have a favorable matchup against Mike Montgomery who will be making his first start of the season after 20 relief appearances with the Cubs. The Indians are a difficult team to stack because they are fairly expensive, but I like Jose Ramirez enough to spend the salary. In his last 7 games, he is hitting .393 with a .750 SLG. He’s been swinging a hot bat and that should continue against Mike Montgomery

SS Freddy Galvis – TOR @ DET – $3,800: This is the 4th Blue Jay in my lineup if you count Marcus Stroman. Galvis has cooled down in the past week, but I cannot ignore this matchup against Jordan Zimmerman. Again, the Blue Jays are a cheap team to stack, and they should bat around the lineup in this game. If you want to add another Blue Jay to your lineup, go with Vladimir Guerrero Jr at 3B. He is only $3,700 and this will give you more money to play within your outfield.

OF Jordan Luplow – KC @ CLE – $4,100: I do recommend stacking Indians tonight if you can, but that is difficult as most of the players are expensive. Jordan Luplow has a good price at $4,100 as he is batting clean up. Like the Blue Jays, I think the Indians will also bat around the lineup, so Jordan Luplow should have plenty of chances to grab some points.

OF Austin Meadows – CWS @ TB – $4,600: A third game I like tonight is the Rays vs the White Sox. Reynaldo Lopez and his 5.87 ERA are starting for the White Sox tonight, so I am expecting the Rays to score several runs. Austin Meadows has been one of the Ray’s best hitters this year and he is batting leadoff. I really like his chances to bring in some points.

OF Tommy Pham – CWS @ TB – $4,400: I had a chunk of salary left to spend on my last two outfielders, so I went with the guys batting in the 1 and 2 spots for the Rays. Tommy Pham has excelled this season at home with a .307 AVG as well as a .904 OPS. Just like Meadows, Pham should have an excellent game, and he may be overlooked by the guys you are facing off against.

Those are my picks for tonight’s stacked slate of games. To recap, I went with great value with Marcus Stroman and Jake Odorizzi as my starting pitchers, and I am stacking Blue Jays, Indians, and Rays players.

Bullpen Options for the Boston Red Sox at the Trade Deadline

Zion Breaks Out in Debut Despite Limited Minutes

Spend Vacation Time For Traveling and Staying at Hotels in the...