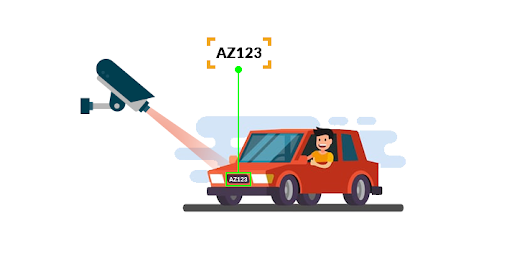 ANPR is the abbreviated form of Automatic Number Plate Recognition. Did you know what it exactly stands for or how it detects license plates? Nowadays, there is a growing need for an ANPR system but there is one way to use it. Understanding the characteristics and where they should be used will help you to know more about the software and the reasons behind their growing benefits nowadays.

Nowadays, you might have seen a growing number of cars on road. In the year 2010, more than 1 billion cars were seen in use. There are light, medium, and even heavy vehicles along the way. Right now, the number has increased considerably and is targeted to reach around 2 billion within the next 15 years!

When the pandemic hit the market hard, people started purchasing personal vehicles more to avoid contact in public transport. This is yet another reason for the growing number of cars used.

With more cars on the road, security issues have even expanded to the next level. The problems include detecting and identifying any illegal car, finding the owner’s information of any car that met with an accident, and more.

All these points are surely going to take a lot of time than usual. So, how can you resolve this issue from its core? Well, using the ANPR system is going to be your answer. Let’s get right into the articles to know more about ANPR and its benefits involved.

What do you mean by ANPR?

You might have heard about license plate detection. ANPR is the automated version of the same work. It is considered to be pretty accurate in its findings, which read license plates without asking for any human interference.

The processes associated with ANPR:

There are some special algorithms that you will come to see while using the Automatic License Plate Recognition System. Then it further follows the pattern recognition technology, which helps in proper detection. You can divide the ANPR procedure into multiple steps for better understanding.

How to improve the security level with ANPR:

ANPR will mostly act out as a deterrent. The thought of their number plate being checked and recorded is enough to stop any form of criminal behavior from the very beginning.

When it comes to industrial uses, ANPR has its own share of popularity, especially when it comes to real-time imaging. Historically speaking, the number plate recording used to take a hell lot of time. Then, it used to be longer to send out the penalty notices to those violating traffic laws.

But, with the help of ANPR, you get to recognize number plates automatically and get those checked against databases. The camera’s fast capturing nature will help in providing an immediate response to cover any form of criminal activity. So, the unwanted behaviors will get checked out surely.

Best Tips for Buying a New LED TV for your New...

Bullpen Options for the Boston Red Sox at the Trade Deadline