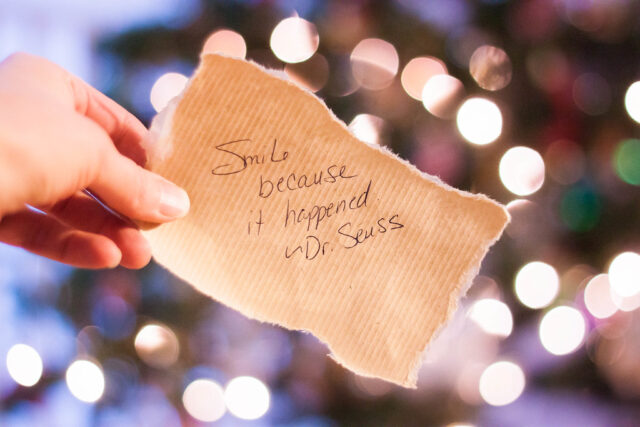 In a luncheon discussion with a friend, he was commenting about how he enjoyed the Great Trials Demoulas Trial Blog Post on June 22, 2010 (See Below). I enjoyed the feedback and started talking about Enron, the next in my Great Trials Series.

I am still in disbelief about the whole financial meltdown of the fall of 2009. Its foundation in many respects was built on the corporate culture of  Enron. This makes the case still relevant today and worthy of review. He agreed.

He called me a short time later with an old press release dated February 6, 2001, entitled: “Enron Named the Most Innovative Company in America” for the 6th  consecutive year, by Fortune magazine. On the bottom was the Enron slogan ” Enron — Endless Possibilities”

In the release, the Chairman and CEO Kenneth  Lay attributed the success to “world-class employees and their commitment to innovative ideas.” He went on to say that “it reflects our corporate culture…” Ouch!

They were done a year later.

It is truly remarkable to look back at this investigation and case in light of the financial meltdown last fall and begin to see the pattern in American business today.  It is not a business culture that small hard-working companies that employ the bulk of Americans are generally familiar with – theft and lying.

If your business steals you pay; if people steal from your company, you go out of business sooner than later. But on a larger scale, government subsidy will protect the market against these huge market cannibals that devour balance sheets and run them through corrective bankruptcy proceedings and they often land on their feet. There ar arguments for that I am sure but not one the average business person can make. For you it is killed or be killed. In large part, because Enron was a utility, they survived – for a while. Their assets were so embedded in our economy that its CEO and CFO and other managers could take enormous credit for success – reaching rock star status – and yet shamelessly move on with big bonus packages when they lose.

Not fair, but the reality it seems and the list goes on and Enron is revisited for a fundamental purpose – absolute gall!

Enron in its day was one of the world’s largest leading electricity, natural gas, and communications companies.  In 2000, it had revenues of $101 billion.  It was the pride of Houston!

And don’t forget the complicity of Arthur Anderson the audit firm that was gone after reigning years as one of the fifth largest accounting firms in the world.

Enron became the biggest bankruptcy in American history and the biggest audit boondoggle! Until topped by WorldCom in 2002.

Now you have heard about Sarbanes–Oxley, which was the major piece of federal legislation that passed in response to the disaster.  Our reactionary approach to monumental failure protects our markets but really looks bad and really undermines confidence in the marketplace. If people are not confident money stays put and slows everything down considerably.

So for purposes of setting the statement of facts for this the second of My Great Trials Series,   I rely on a Wikipedia:

“Enron was formed in 1985 by Kenneth Lay after merging Houston Natural Gas and Internorth. Several years later, when Jeffrey Skilling was hired, he developed a staff of executives that, through the use of accounting loopholes, special purpose entities, and poor financial reporting, were able to hide billions in debt from failed deals and projects. The Chief Financial Officer, Andrew Fastow, and other executives were able to mislead Enron’s board of directors and audit committee about high-risk accounting issues as well as pressure Andersen to ignore the issues.

Many executives at Enron were indicted for a variety of charges and were later sentenced to prison. Enron’s auditor, Arthur Andersen, was found guilty in a United States District Court. Employees and shareholders received limited returns in lawsuits, despite losing billions in pensions and stock prices.”

From the Houston Business Journal February 27, 2006:

The fifth prosecution witness in the five-week-old fraud and conspiracy trial of former Enron icons Kenneth Lay and Jeffrey Skilling testified Monday that he was in on the company’s druthers to beat Wall Street expectations, according to news reports.

Wesley Colwell, Enron’s former top accountant for the company’s profitable Enron North America trading division, said he improperly shifted money from reserve accounts in mid-2000 to inflate earnings, understanding that it was Skilling’s “preference” to eclipse analyst expectations. However, Colwell didn’t say that Skilling ordered him to plunder the reserves to boost earnings.

Colwell told jurors that Enron changed a reserve earmarked for a Tennessee Valley Authority contract from $70 million to $56 million in July 2000 so it could increase earnings from 32 cents to 34 cents a share — allowing Enron to beat the average analyst prediction by 2 cents a share.

Other witnesses have testified that Skilling either ordered or had the authority to order the last-minute increase in reported earnings-per-share in the second quarter of 2000.

Witness Power: Every Trial Needs It

Expert Consultancy On Shopping Online Is Waiting For You